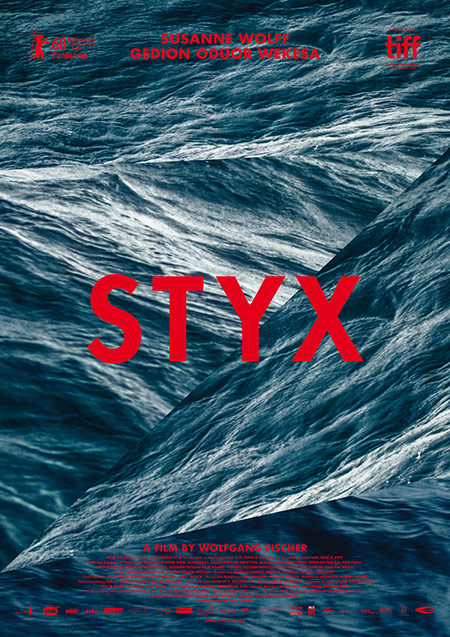 Styx depicts the transformation of a strong and confident woman torn from her contented world during a sailing trip. When she becomes the only person to come to the aid of a group of refugees shipwrecked on the high seas, she is shown the limits of her importance and of the empathy of her cultural milieu. She is left slipping impotently from one nightmare to the next, and by the end she is forced to recognize that there is no way to counter the cruelties of real life. Only chance can save her.

The film, as well as the director Wolfgang Fischer, and lead actress Susanne Wolff, have all won a variety of awards, including the Berlinale’s Heiner Carow Prize for films that address the social and political issues of today with extraordinary aesthetic means.

‘It’s a vital, highly intelligent movie that is both a first-class thriller and a biting commentary on our current world.’ Olly Richards, Time Out.