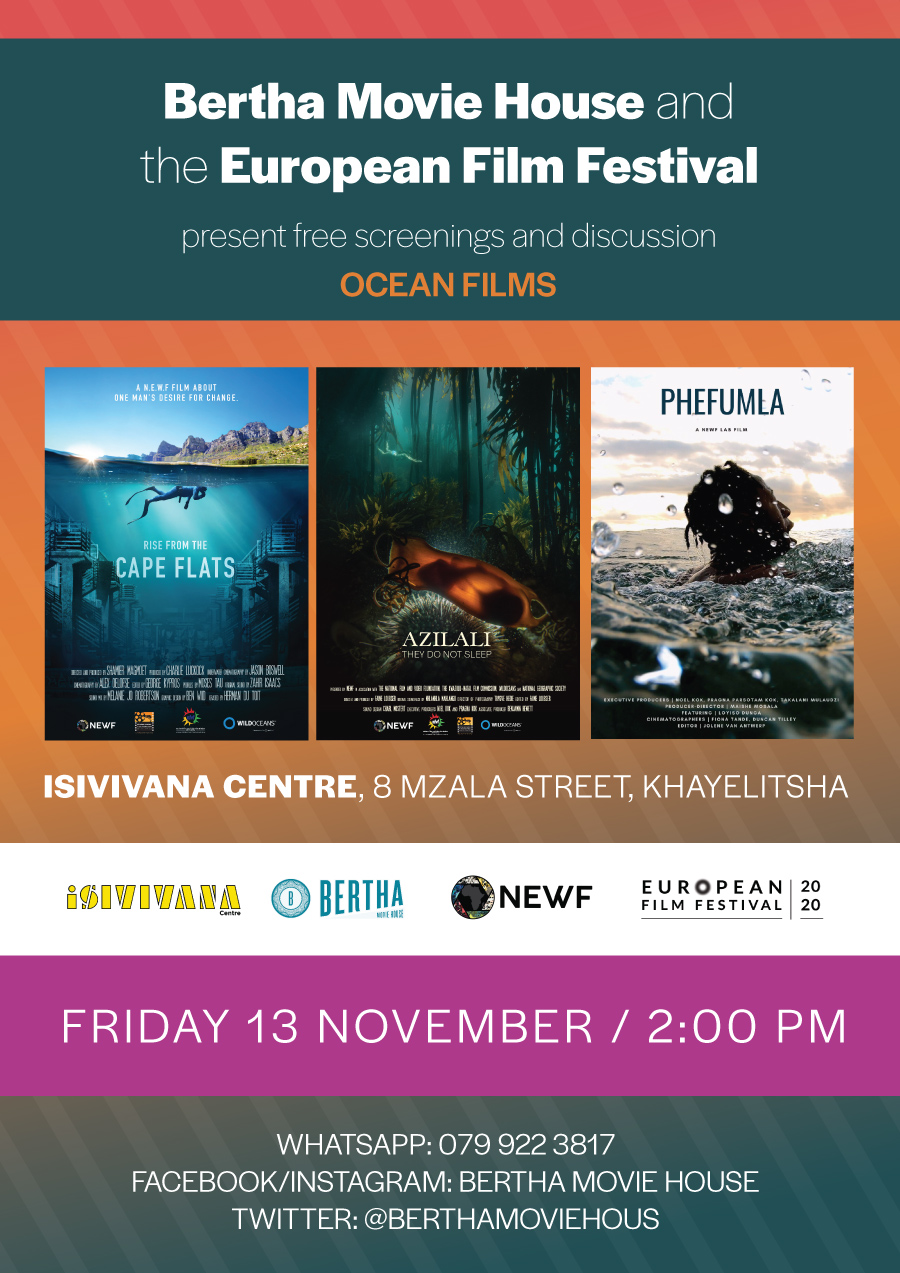 Rise From The Cape Flats

A story of a man who has found peace in the beauty of the ocean through one experience. Despite his surroundings and the challenges faced daily, he now tries to bring about positive change, starting with his family and his community, through education and experiences, by reconnecting them with nature.

“The aim of the film is to teach everyone that “No matter where you live or where you come from, with hard work, we can rise above anything.”

Shamier lives in Heideveld, on the Cape Flats. He is the co-founder of #seathebiggerpicture Ocean Initiative, and the Director and Producer of Rise From The Cape Flats.

Journeying through the life of a dark shyshark foetus, Azilali is a deep cinematic and aural bowing to the sacredness of the kelp forests and its myriad life forms and non-life forms. It gently reaches out to that which is beyond what can be said about the profundity, mysteriousness and beauty of nature and the universe.

Faine is a filmmaker, storyteller and environmentalist working with Sea Change Project, Wavescape and GoPro South Africa. She has spent several years committed to learning in nature with a specific focus on the kelp forests along the Cape Peninsula.

Even though he is from the informal settlements of Khayelitsha in Cape Town with limited exposure to the ocean, Loyiso Dunga believes the ocean chose him for a reason.  Now a marine scientist, he gets an opportunity to learn to dive. He fears the feeling of being unable to breathe underwater, but he must overcome his fears to realize his dream.

In awe he observes how a tiny part of the huge marine ecosystem functions to produce the oxygen we breathe.  He sees for the first time how humans can move from being afraid of the ocean to understanding it, and how it benefits us. He understands that we need to keep the ocean alive so that it can keep us alive with the air the we breathe.

From Khayalitsha’s Sakumlandela primary school, to COSAT, to the University of Western Cape, to the University of Cape Town, Loyiso Dunga is now a young marine scientist. He is deeply passionate about understanding the secrets of the ocean and the Cape sea forests, and exploring the links between indigenous knowledge and scientific knowledge. 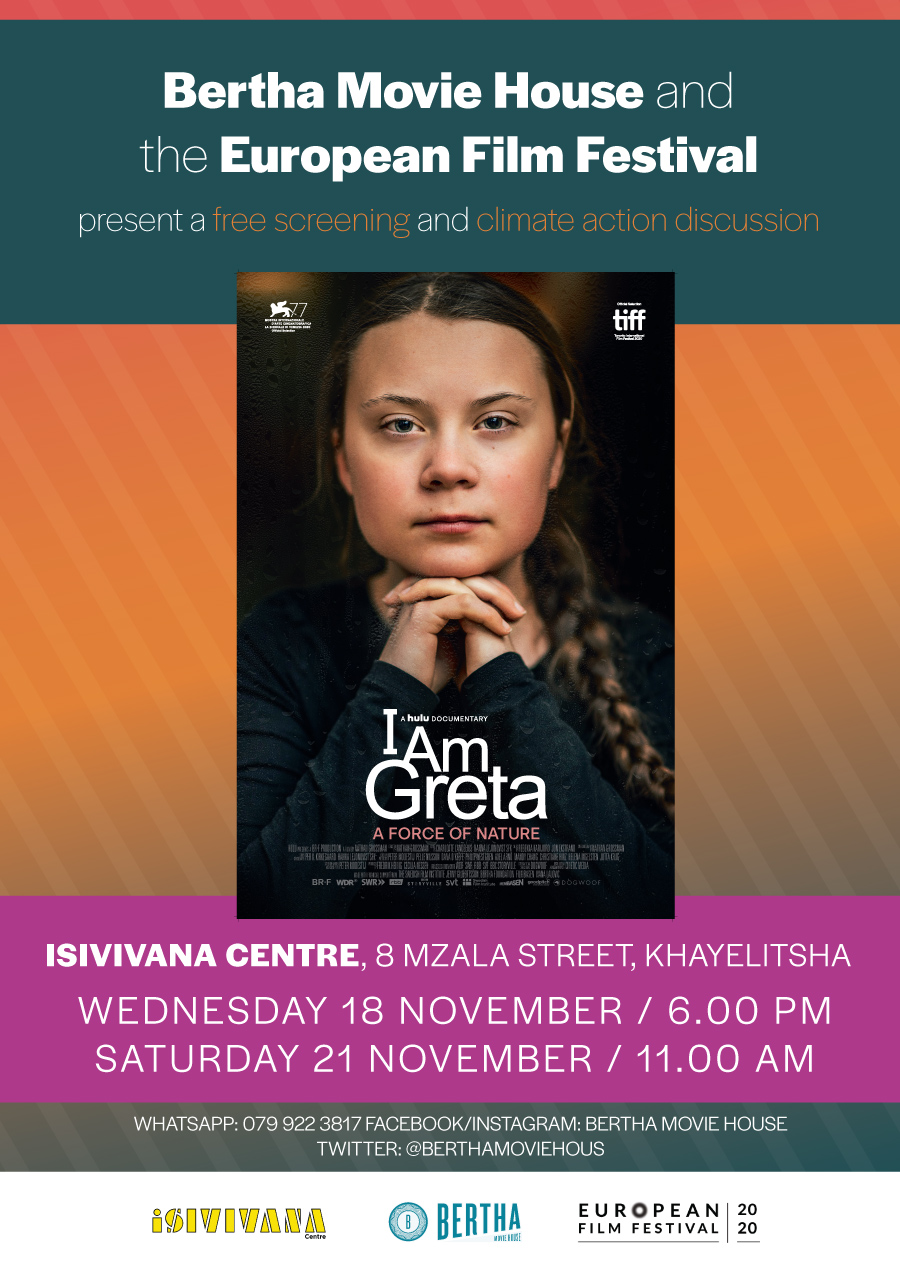 Screening of I am Greta followed by climate action discussion

Screening of I am Greta followed by climate action discussion