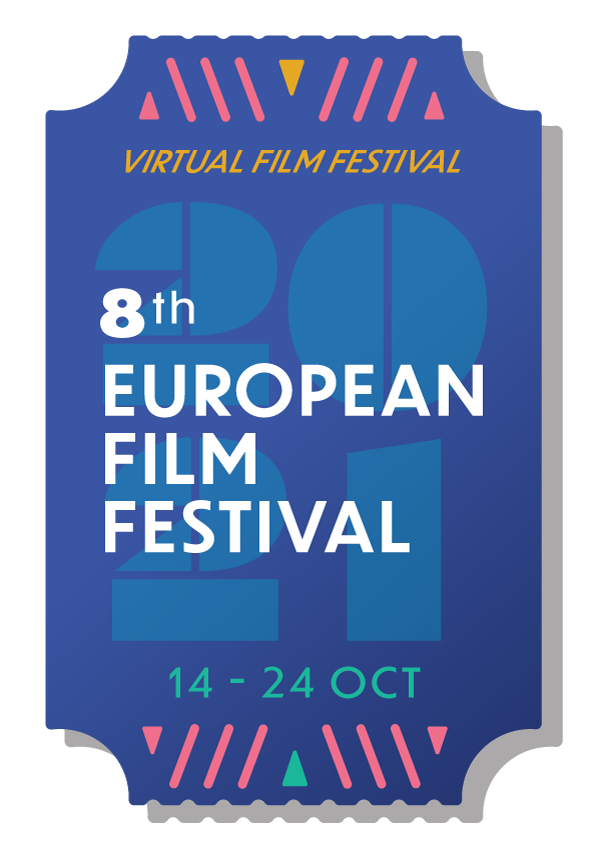 It has been our privilege to present this showcase of films from Europe for your viewing pleasure. Many of you were with us from 2020, and we warmly welcome those who have newly joined us for the 2021 edition. Public interest has indeed been fantastic with the number of film streams tallying 9,456. Attendance is well over 10,000 when we include the special event screenings, community and schools screenings. We are grateful for your support and trust your experience has been both fulfilling, fun, and thought-provoking!

Bringing the best of European film to South Africa’s home screens, the European Film Festival 2021 is a partnership project of the Delegation of the European Union to South Africa and 17 European embassies and cultural agencies in South Africa: the Embassies of Austria, Belgium, Czech Republic, Denmark, Ireland, Italy, Lithuania, the Netherlands, Poland, Portugal, Spain, Sweden, Switzerland, Ukraine, and the British Council, Camoes Institute of Portugal, Diplomatic Representation of Flanders, French Institute in South Africa, Goethe-Institut, and Italian Cultural Institute. The festival is organised in cooperation with Cineuropa and coordinated by Creative WorkZone.