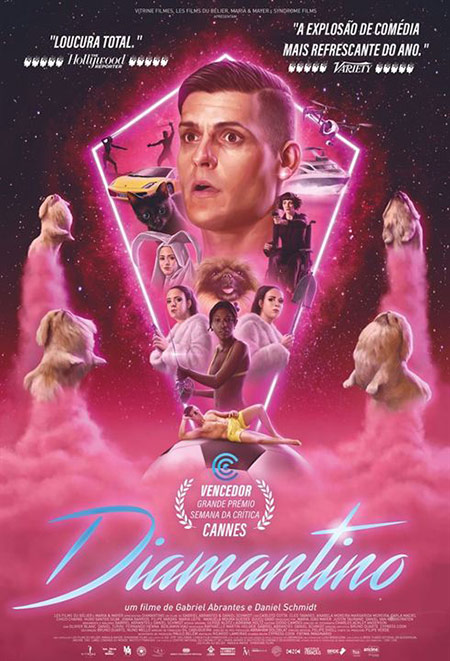 Diamantino, the world’s premiere soccer star loses his special touch and ends his career in disgrace. Searching for a new purpose, the international icon sets on a delirious odyssey where he confronts neo-fascism, the refugee crisis, genetic modification, and the hunt for the source of genius.

Part B-movie spoof, part handcrafted satire, and always driven by a genuine vision for a better tomorrow, Diamantino is like looking at today’s Europe through a funhouse mirror, and somehow seeing it more clearly as a result. This winningly demented 21st century fairy tale bubbles with the madness of the modern world. (David Erhlich, IndieWire)

Diamantino screened in the International Critics’ Week section at the 2018 Cannes Film Festival, where it won the Grand Prize.

‘If Cristiano Ronaldo fell asleep after gorging on year-old camembert, his dreams could not match the bizarre bonkersness of this enjoyably throwaway romantic sci-fi satire from Portugal about a megastar footballer who falls victim of a government cloning plot.’ Cath Clark, The Guardian.