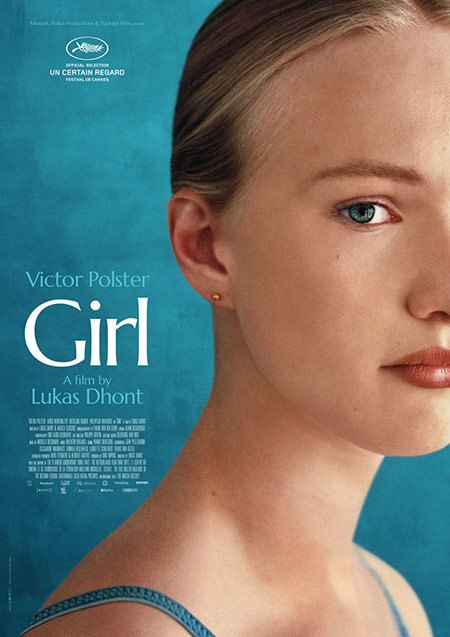 Inspired by Nora Monsecour, a professional dancer and trans woman from Belgium who the director met in 2009, Girl tells the story of 15-year-old Lara who wants to become a ballerina. Lara is accepted into a ballet school and her dream seems closer than ever. But there is one problem: Lara was born into the body of a boy. A body that she will push to its limits in order for her to succeed.

As Hannah McGill notes in Sight and Sound, ‘transitioning isn’t trouble-free even if most of the people around you are broadly sympathetic to the undertaking.’

The film screened in the Un Certain Regard section at the 2018 Cannes Film Festival, where it won the Caméra d’Or award, for best first feature film, as well as the Queer Palm, while Polster won the Un Certain Regard Jury Award for Best Performance, making it the most awarded film in Cannes that year. Girl has subsequently won numerous awards at festivals around the world. It was selected as the Belgian entry for the Best Foreign Language Film at the 91st Academy Awards in 2019.

‘An intuitively accessible look at a gender nonconforming teenager trying to find the courage to be herself’.’ Peter Debruge, Variety.