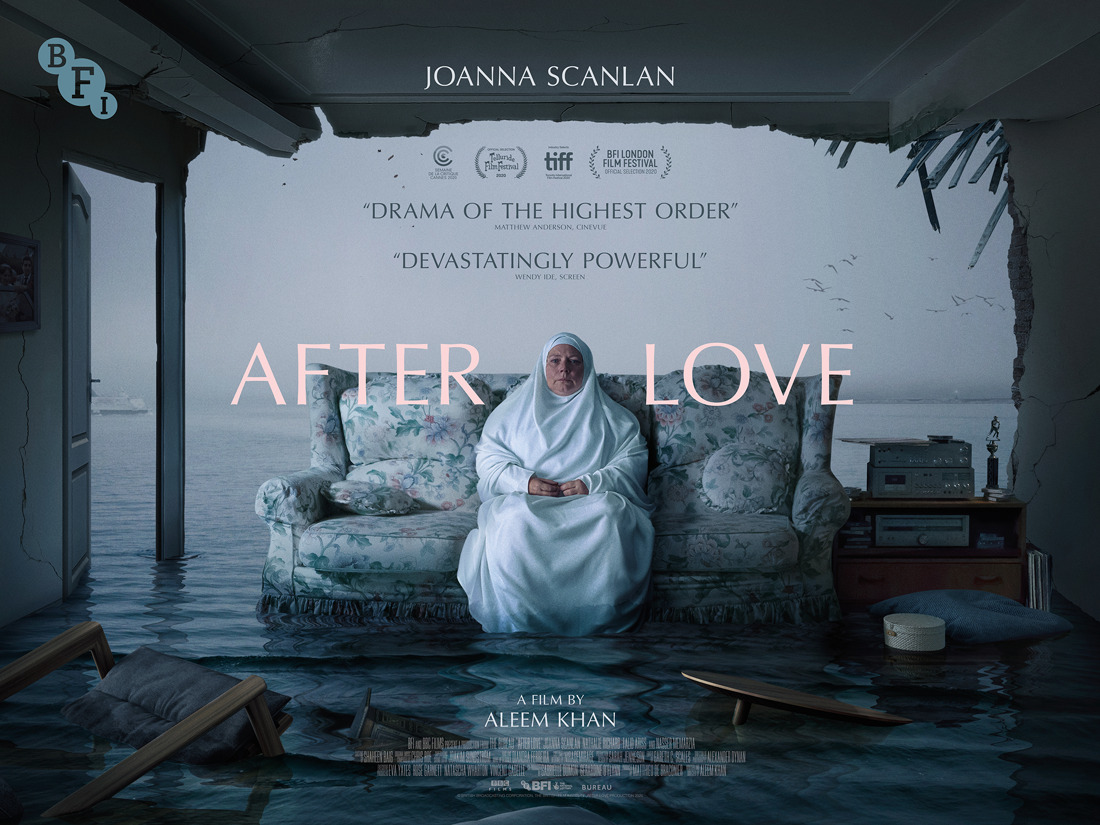 Mary is a white, English Muslim convert happily married to Ahmed, with whom she lives near the cliffs of Dover.  Following Ahmed’s unexpected death Mary discovers he has a secret just twenty-one miles across the English Channel in Calais.  The more she discovers about Ahmed’s newly discovered life, the more she wonders about her own – how she got here and where she now belongs.

After Love explores the complex themes of loss, secret lives, cultural identity and reconciliation in this ground-breaking feature debut by Aleem Khan. Best known for her comedy work in The Thick of It and Getting On, Joanna Scanlan is outstanding, producing a truly phenomenal performance as Mary.

One of the standout films of the year. Leif Arbuthnot, Tatler

A tale of secrets and lies, a portrait of people caught between identities and cultures, with Joanna Scanlan offering a masterclass in the dramatic power of understatement. Mark Kermode, Observer

After Love is a sometimes devastating examination of domesticity, womanhood and the sacrifices women make for the men in their lives. Hanna Flint, The New Arab

After Love has the agony of a domestic tragedy and the tension of a Hitchcock thriller. Peter Bradshaw, Guardian