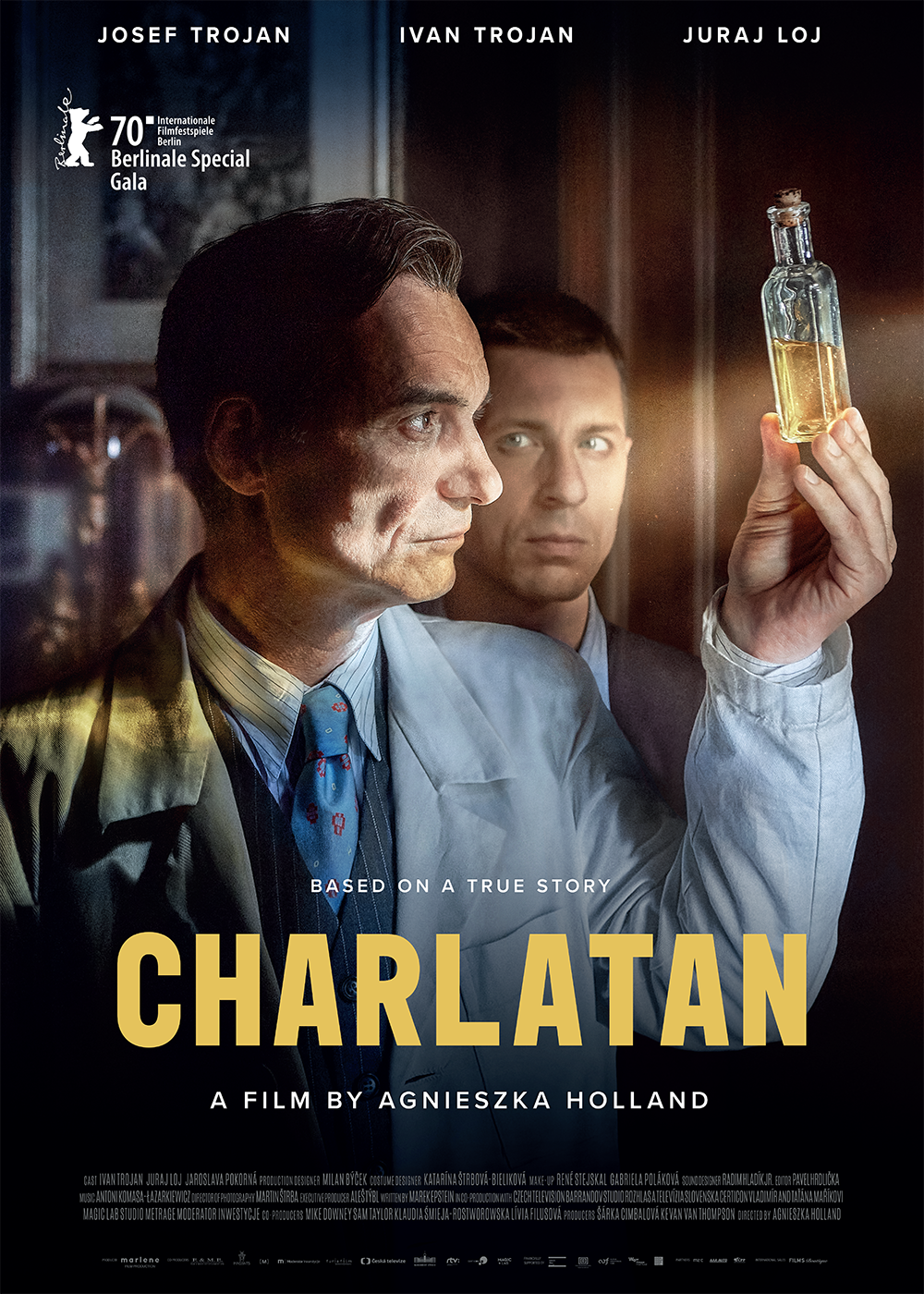 Inspired by the life of herbalist Jan Mikolasek, who used unorthodox treatment methods to cure a wide range of diseases for rich and poor, despite immense obstacles in his private and public life.  Already a local institution in Czechoslovakia before World War II, Mikolasek gains in reputation and wealth during the Nazi occupation and then under Communist rule. One after the other, every regime wants to use his skills and in return gives him protection. But how high shall be the costs to maintain this status as the tide turns?

Charlatan takes us inside the conflicted life of a non-conformist, explores his unshakeable commitment to his calling, the illicit relationship with his assistant, his inner demons, and his stoic persistence, whether right or wrong.  This powerful human drama adds to the illustrious list of films by legendary Polish director Agnieszka Holland, which includes three Oscar nominations.  Charlatan was selected as the Czech entry for the Best International Feature Film at the 93rd Academy Awards.

Inside the mind of a prickly mystic – Agnieszka Holland’s austere drama about a famous Czech healer sets his internal conflict against the turbulence of eastern Europe. Wendy Ide, The Guardian

I only do what nature allows me, and what God allows nature. Jan Mikolášek

The mystery of a man, the mystery of his special gift, and the price he was ready to pay for it; it is the story of the paradox of strength and weakness, of love and hate. Agnieszka Holland