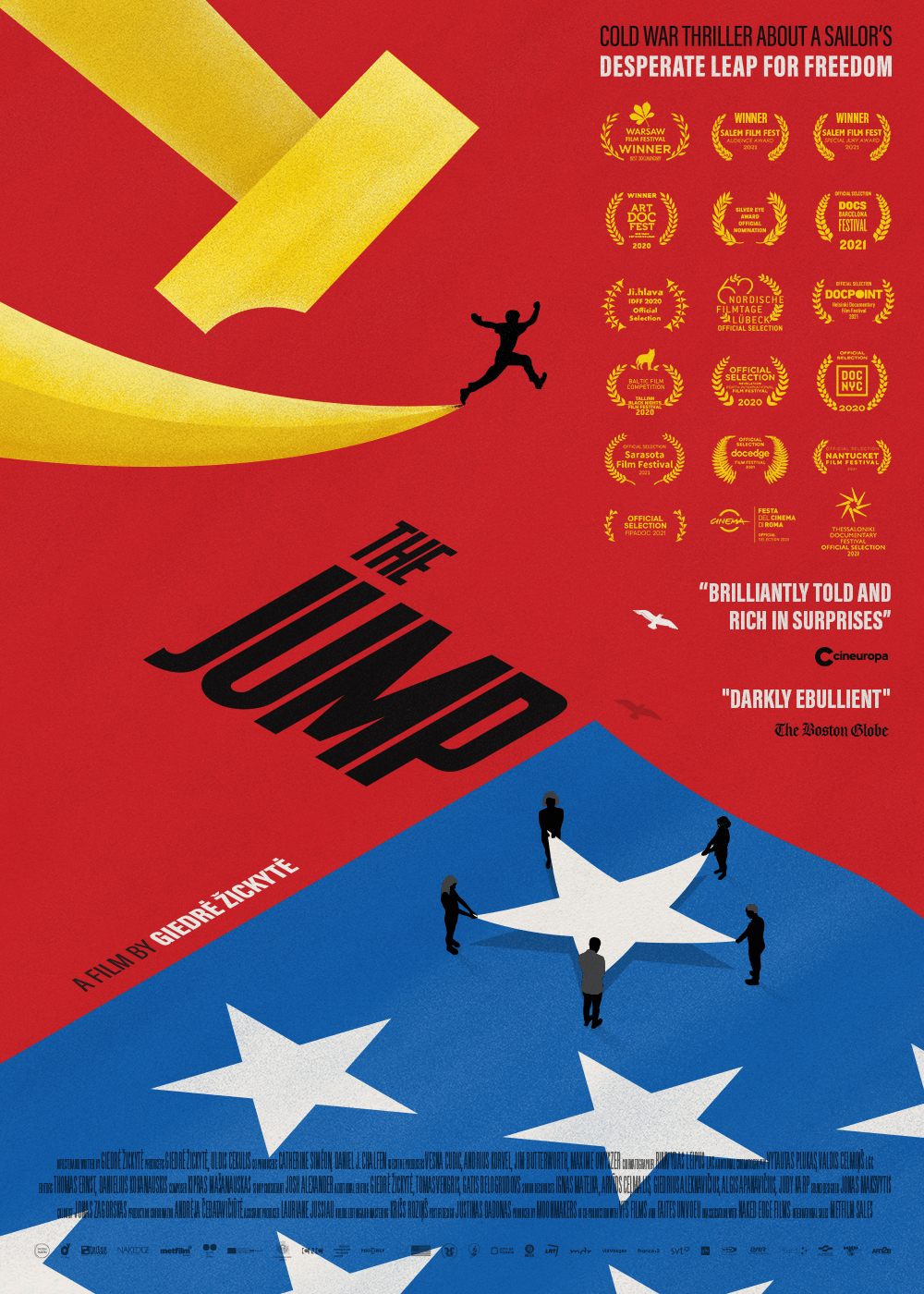 23 November 1970.  A US coast guard patrol boat and a Soviet vessel are anchored together just off shore to discuss fishing rights in the Atlantic Ocean. While the talks are in full swing, Lithuanian sailor Simas Kudirka jumps across the icy waters onto the American boat and pleads for political asylum. To his horror, and to the outcry of the world media, the Americans return him to the Soviets and he is tried for treason and jailed.  The incident sets off protests throughout the United States and marks the beginning of a long political battle and extraordinary legal gymnastics to secure his freedom.

Through eye-witness reports, rare archival footage and dramatic first-person re-enactment by the now 90-year-old and still very lively would-be defector in one of the most unpredictable Cold War muddles, director Giedrė Žickytė takes us on a stranger-than-fiction journey that became an inspiration for people, pictures and politics, reaching all the way up to the White House.  Is the American Dream chased by Kudirka all that it’s made out to be?

Genuinely entertaining – one of the best stories churned out by the Cold War. It’s Just Movies