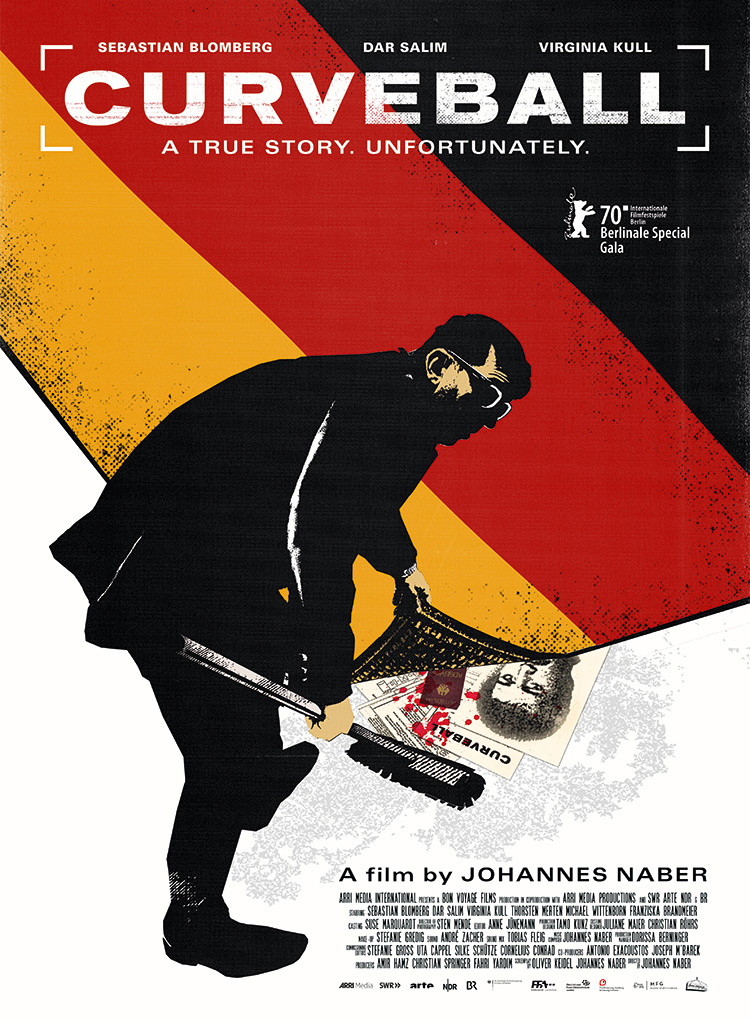 CURVEBALL tells the grotesque, at times even surreal, true story of how the Iraq war was started based on nothing but fake intelligence and the involvement of the German secret service.

Bioweapons expert Wolf of the German Federal Intelligence Service BND is obsessed with the idea that, despite the UN inspections, anthrax is still being produced in Iraq. Back home in Germany, his superior Schatz assigns him as case officer for the Iraqi asylum seeker Rafid Alwan – because Alwan claims to have worked as an engineer for Saddam Hussein’s secret bioweapons program. It’s a rare triumph for a secret service not exactly spoilt by success: finally, they have a piece of intelligence that would put them one step ahead of the CIA. What they are missing, though, is proof.  Everyone is trying to use Curveball’s incredible story for their own purposes. Thus, bit by bit, a construed story becomes reality and a lie becomes the truth. A truth, which sets in motion a chain of events that forever changes the global political landscape.

“Curveball – We make the truth” is wonderfully bizarre political cinema for cynics about a historical episode that is as unbelievable as it is incredible – a lesson about hasty decisions and false trust’
Janick Nolting, FilmStarts

‘Reality is an elusive concept…. The writing is on the wall: lying pays off, both in Germany and the US’
Victor Fraga, DMovies