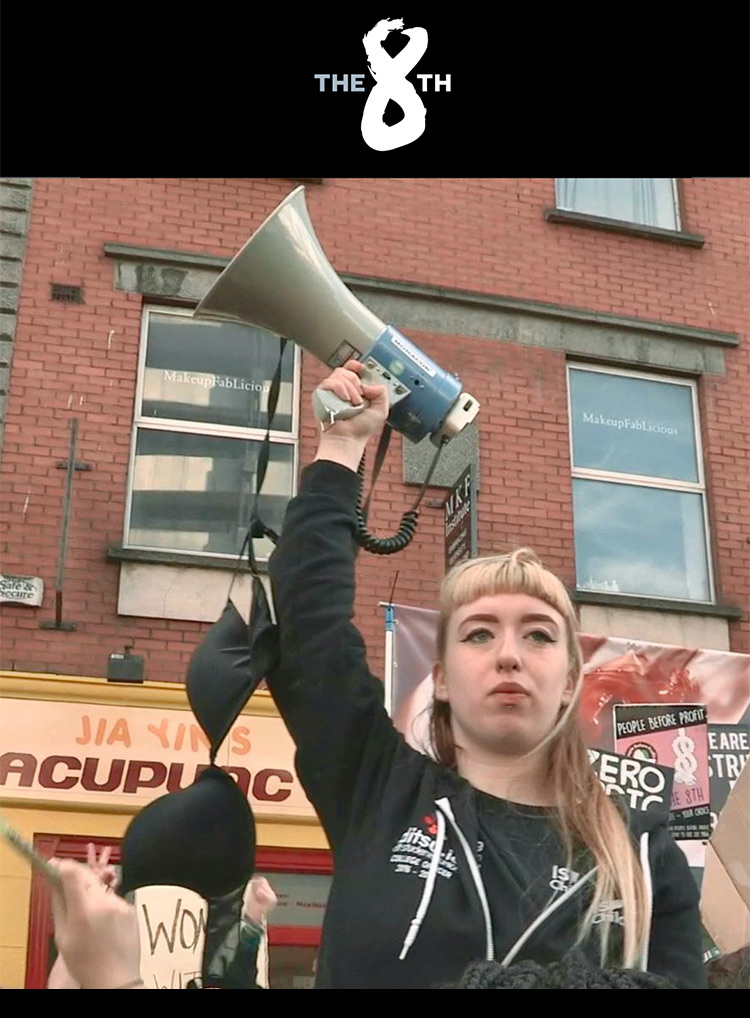 Abortion is a highly emotive and divisive topic around the world, no more so than in Ireland. Including voices from both sides of the reproductive rights debate, THE 8TH primarily focuses on how grassroots activism can engineer change – in this case the campaign to repeal a constitutional ban on abortion.  The academic, feminist and human rights activist Ailbhe Smyth provides a dynamic thread which contextualises the ups and downs of the campaign process. Politicians, priests, community leaders, campaigners and concerned citizens all have a say as a nation-wide referendum approaches.  There is live drama, there are confrontational exchanges, we see people questioning themselves, we see a society in transformation.  Urgent and informative, this is a compelling narrative about a defining moment in Irish history.

Led by the powerful all-women and multi-award-winning filmmaking team of Maeve O’Boyle, Lucy Kennedy and Aideen Kane, THE 8TH opened the 2020 Galway Film Festival and screened to critical acclaim at the recent Hot Docs and the Human Rights Watch Film Festivals.

‘When the government called a referendum to repeal the 8th Amendment, we knew this was one of the most important stories of our generation. Our goal was to document this defining moment in the context of Ireland’s historic treatment of women’
Aideen Kane, Lucy Kennedy, Maeve O’Boyle