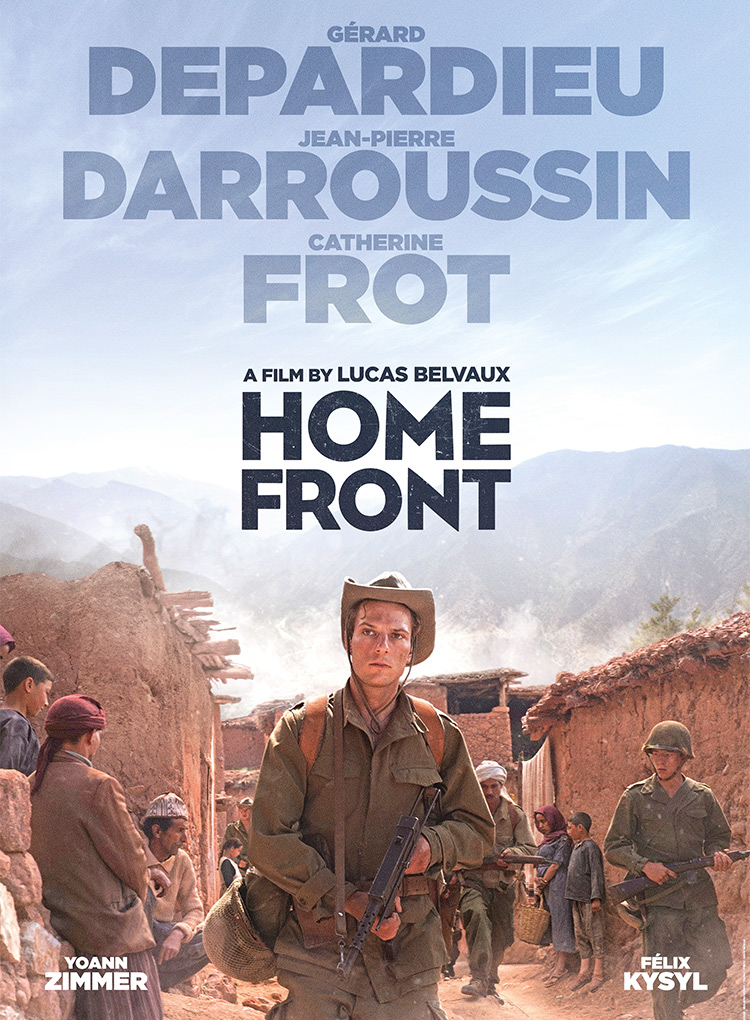 France, Burgundy, 2003, in a village where everyone knows everyone. Solange’s 60th birthday party is interrupted by her estranged brother, Feu-de-Bois. His menacing presence cuts through the crowd of villagers gathered for the occasion and his outburst will bring back harrowing memories of the colonial war they were called up to fight in Algeria.  They kept quiet, living in silence. But 40 years later, it takes almost nothing for the past to overwhelm those who have denied it for so long.

Painful memories explode into the present.

Lucas Belvaux delivers a moving polyphonic story of a toxic past which is still not fully spoken of today, giving back their voice to an entire generation of French men, those who were 20 years old in Algeria, questioning the masculinity of the time, and how one builds oneself as a man.  HOME FRONT, through the acts and words of Feu-de-bois, paints a chronicle of racism and its deep roots in French history.

‘It’s a story of voices… the narrative unfolds like a delicate and precious weaving’
Aurore Engelen, Cineuropa

‘The past and the present are constantly in dialogue, evoking as much the war as the wounds of the war… It’s a film about memory and transmission. About how we tell something, or don’t. About how we are heard, or not. And the damage that not talking causes’
Aurore Engelen, Cineuropa

Note: this film will screen with English subtitles