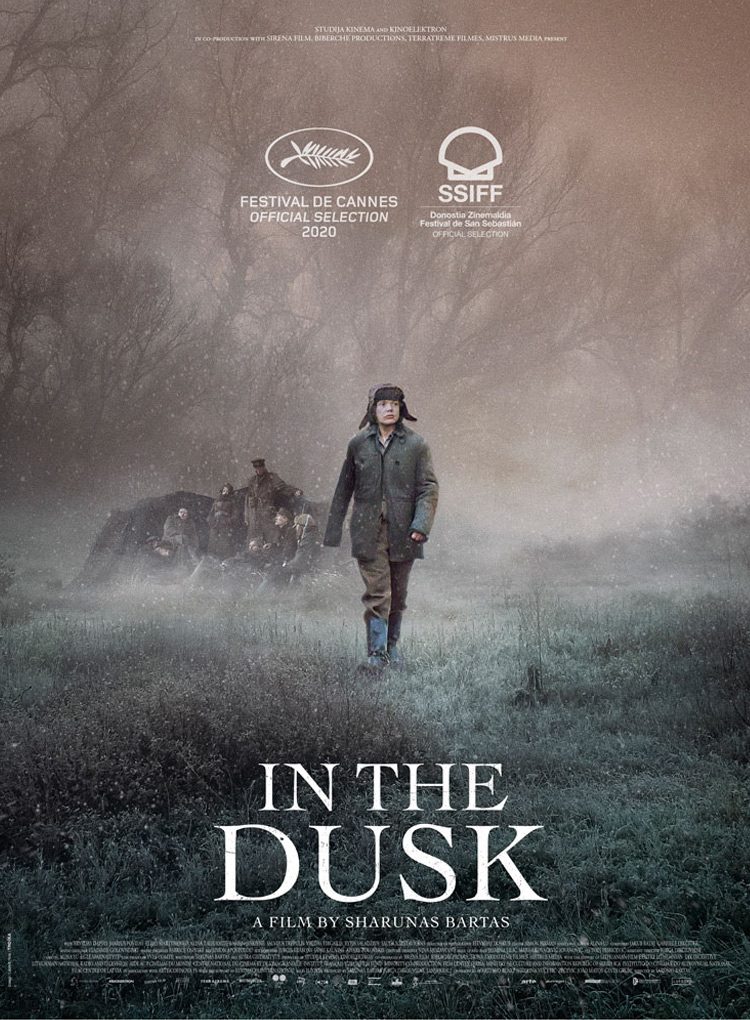 Lithuania, 1948. War is over, but the country is left in ruins. Life is remorselessly tough on the family farm when 19 year-old Unte returns from the war. Living in the forest nearby are Partisan movement members resisting Soviet occupation. In these desperate times the debilitating effects of war amplify suspicion and mistrust everywhere. There are no winners in this kind of war. At a time when he should be coming of age and discovering life, Untė discovers violence, despair and treachery, blurring the transition between youth and adulthood for a young man who has lots of questions, about family, about history, about justice, about the state of their world. As Unte’s father tells him: ‘Only truth is holy, but it’s hard to find…’

Helmed by leading Lithuanian filmmaker Sharunas Bartas, who has twice had films in the Cannes Directors Fortnight programme, the cinematography and direction in this film is superb and deliberate, immersing us into the characters, and drawing beauty out of bleak and harsh landscapes.

IN THE DUSK was the only Lithuanian film in the Official Cannes Selection of 2020.

Sharunas Bartas: “You can find the same war in Ukraine — and it is happening today. It’s a world of real wars, not Cold Wars or hybrid wars. Almost all countries invest in arms and maintenance of troops. One could say that these issues were irrelevant if the whole world was disarmed and living in peace. But it’s not. No one is sure that World War 3 won’t break out, or that there won’t be more local wars in the near future.That’s why I’d say this is directly related both to the present times and history of humanity”

‘A densely atmospheric, even poetic study of character and place’
Jonathan Romney, Screendaily

‘This is a war movie about feelings ‘
Kaleem Aftab, Cineuropa