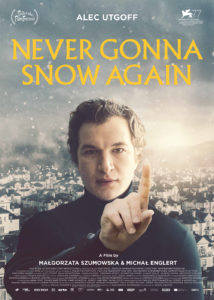 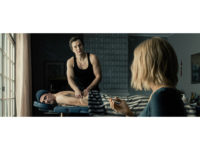 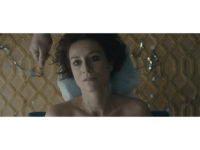 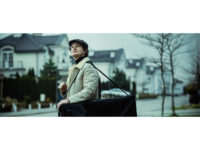 Zhenia, a mysterious immigrant from the East, enters the lives of the residents of a wealthy gated community as a masseur.  Able to penetrate their souls and inner sadness, Zheina’s gift for healing massage and hypnosis earns him rapid acceptance and stature in this place of privilege.  How does he manage to help people assuage their problems? Did growing up near Chernobyl make him ‘radioactive’?

One of the most interesting voices in new European cinema, writer/ director Malgorzata Szumowska (Mug, Elles, In the Name Of) continually breaks new ground with off-beat stories that challenge her audience.  Exquisitely shot, this latest work from Szumowska and her long-time collaborator Michal Englert is an unclassifiable meditation on class, immigration, and global warming, with touches of sci-fi magical realism and moments of sober beauty and subtle humour.  Never Gonna Snow Again was Poland’s official submission to the 2021 Academy Awards.

A parable about yearning to return to simpler times, this film cuts through the surface with wit, emotion, and brutal honesty. Rich Cline, Shadows on the Wall

It’s an elegant plea to pay attention; to at least sit in awareness of our own contradictions and hypocrisies. Alex Goldstein, One Room With A View