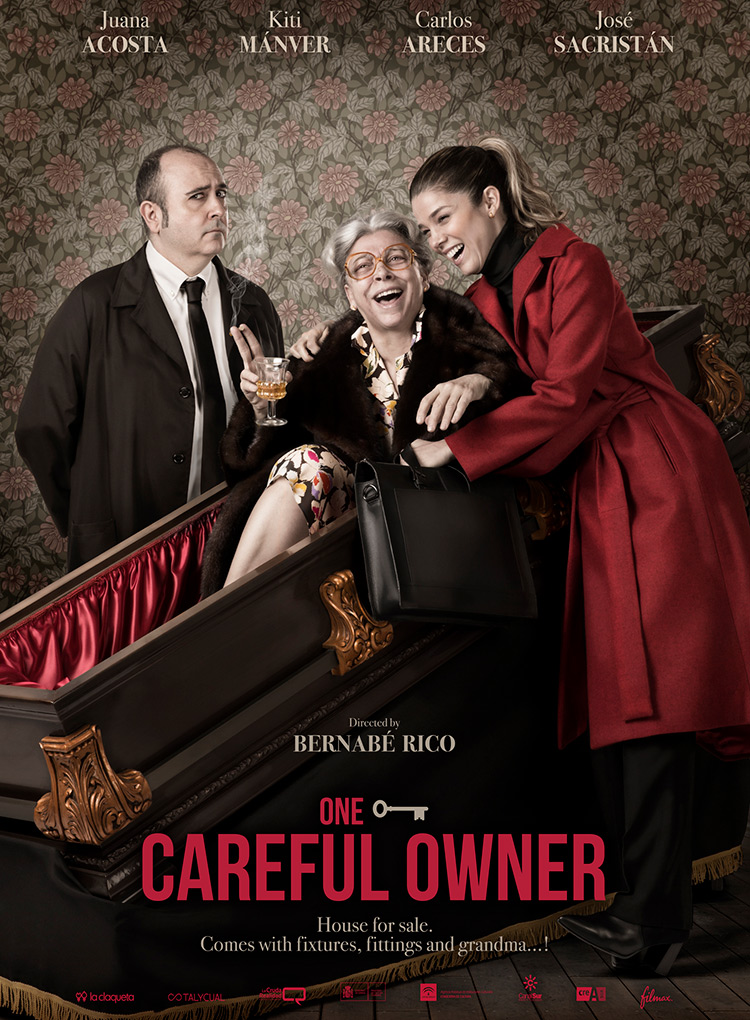 When Sara is offered the chance to buy the house of her dreams, she can’t believe her luck.. There’s just one “small” snag: Lola, the 80-year old current owner, will remain living in it until she dies.  In theory, Sara shouldn’t have to wait long to have the house all to herself. Lola has already had two heart-bypasses, smokes like a chimney and drinks like a fish. Things don’t turn out exactly as expected. The months go by and Lola seems more vivacious than ever! And to make matters worse, Sara’s own life starts to crumble around her after an unexpected event. The two women, so very different, yet united in their loneliness, will form an unlikely friendship. One that is filled with tenderness, emotion and a lot of laughs.

Bernabé Rico’s film adaptation of Juan Carlos Rubio’s acclaimed play already picked up four awards at the recent Malaga Spanish Film Festival with the winning combination of Juana Acosta alongside the legendary Kiti Manver. Manver, who has appeared in more than 100 films and television shows since 1970, also received a lifetime achievement award.

‘Kiti Mánver  is still one of the most stimulating and talented actors of Spanish cinema – she has the heart and soul of a comic but improves and enhances everything she touches’
Alfonso Rivera, Cineuropa

‘With brilliant and extremely amusing dialogues, the direction, structure and above all the pace and elegant filming make this into a dynamic, joyful and optimistic film’
Alfonso Rivera, Cineuropa