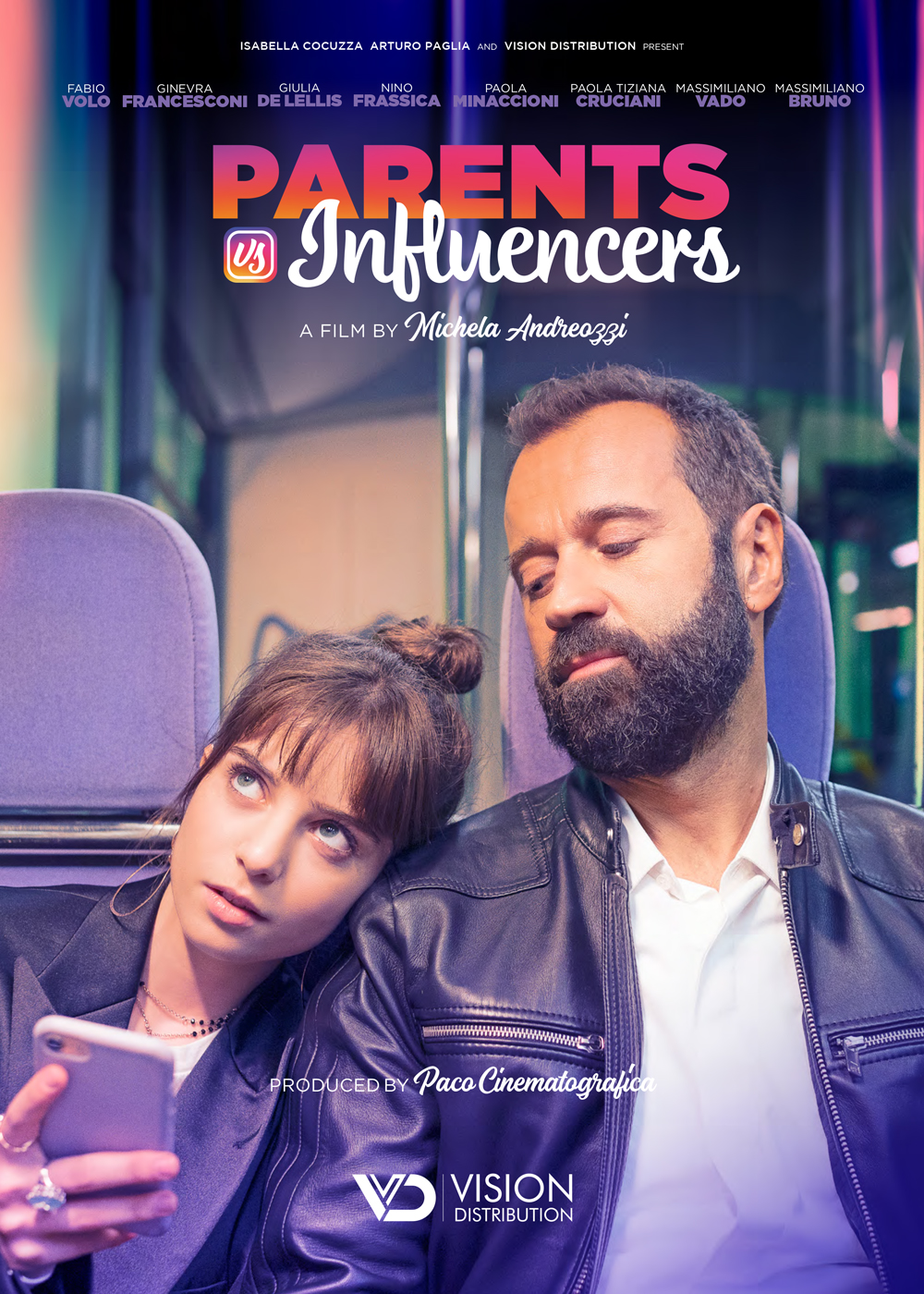 How hard is it today to be the single father of a teenager? Widower and philosophy professor Paolo has a great relationship with his only child Simone. Now in her teens, however, Simone seems to suddenly prefer the company of her phone to that of her father. Especially when it comes to her favourite social media personality, influencer Ele-O-Nora, who inspires the girl to follow in her footsteps. In an effort to dissuade her Paolo starts vlogging about social media addiction; little does he know he will become an influencer himself…..

Parents vs Influencers follows prominent Italian actress Michela Andreozzi’s successes as a director with Nine and a half Moons and Good Girls. Built on misunderstandings and polarized characterisations, Andreozzi’s comedic framework and lightness of touch are vehicles to explore serious issues.  The layered adventure twists and turns across a lot of topical territory from gender fluidity to cyber-bullying to prejudice and culture clashes, but the heart of it is about change and resistance to change. And father-daughter relationships and family. And of course Social Media!

The world belongs to influencers, and there’s nothing you can do about it. Francesco Costantini, Asbury Movies

The generational clash in a comedy in step with the times. Marco Paiano, Lost in Cinema

This is how freedom of thought dies: submerged by one post too many. Gian Lorenzo, Madmass