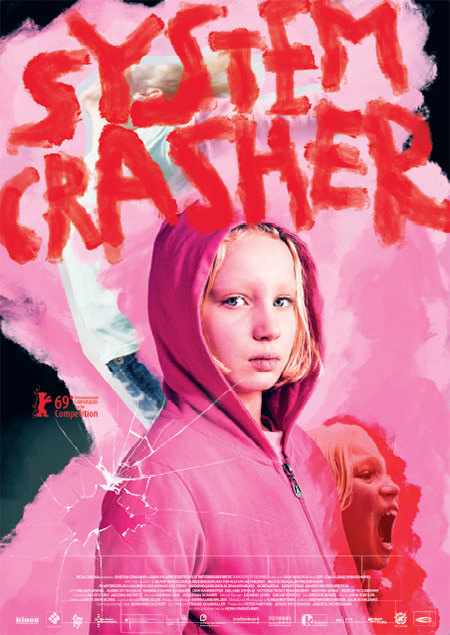 Young Benni’s untamed energy drives everyone around her to despair. Wherever Benni ends up, she is immediately expelled. The wild nine-year-old has already become what child welfare services call a “system crasher”. Benni has one single goal: to be back at home with her mommy! But Bianca is scared of her own daughter. Mrs. Bafané from child protection services is trying her best to find a permanent placement for Benni. She hires the anger management trainer Micha as Benni’s school escort and suddenly there is a seed of hope. Will Micha be able to succeed where all others despaired?

While being acutely authentic, first-time director Nora Fingscheidt transcends a psychological study and crafts vibrant, visceral and emotional cinema, which evokes unforgettable performances. Already with a number of film awards such as the Berlinale’s Silver Bear Alfred Bauer prize, and Best Director prize at Sofia International Film Festival, System Crasher has been selected as the German entry for the Best International Feature Film at the 92nd Academy Awards in 2020.

‘Suffused with sympathy but also a dose of bitter realism and shot with a freewheeling energy, System Crasher is an admirable distillation of a tough subject.’ Lee Marshall, ScreenDaily.